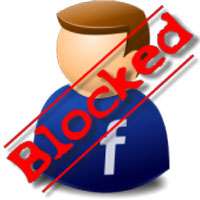 When is a Facebook page or other social media account subject to OPRA? The answer may hinge on whether the page is governmental or political in nature.

In a challenge brought by a resident, a judge has ruled that Carteret Mayor Dan Reiman must disclose a list of people who have been blocked by his Facebook page. The request was brought by Stephen Wronko, who Mayor Reiman did not deny blocking from his page for making what he determined to be inappropriate comments. The complaint alleged that the Facebook page was “electronically stored” information which was subject to OPRA which the judge agreed. The decision may have rested on the fact that the page was used for borough announcements

This decision is contrary to a ruling last year which prevented a citizen from obtaining Hackensack Mayor John Labrosse’s “Labrosee Team” Facebook. In this case, it was determined that the page was “not governmental in nature” and purely for political purposes. This meant, in the opinion of the judge, that it was not a government record subject to OPRA.

With courts deciding this issue all the way to whether President Trump can ban Twitter followers, it is certain that other challenges will follow. It seems likely this test of whether the account is governmental in nature seems to be a reasonable way of determining challenges.

As someone who has been blocked by politicians in the past, I will be following this one closely.