Associate Matthew Gilson, who has handled various election law disputes for the Bergen County Republican Organization, was asked to once again weigh in on a recent controversy by the Bergen Record. New Jersey allows for several forms of municipal government, some of which allow for non-partisan May municipal elections. One of these towns is Cedar Grove, who hosted an election last week where an incumbent councilman was narrowly defeated. After learning of his defeat, the councilman, apparently unaware of the logistics of the state’s vote-by-mail laws, began ringing doorbells at 10:00 PM asking people if they had mailed in their ballots. As to the legality of this matter Gilson stated:

Though possibly rude to ring a doorbell that late, the councilman appears to not have violated any election laws, said attorney Matthew Gilson, who advises the Bergen County Republican Organization on election issues. “Other than the absurdity of what he was doing, there’s nothing wrong with asking people if they sent in their ballots,” said Gilson. Only if the councilman had collected anyone’s ballot, Gilson added, would he have violated election law. 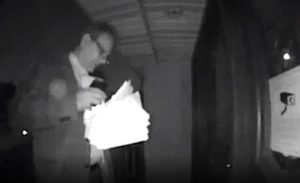 Gilson is alluding to two separate issues in the vote-by-mail law. The first is the recent change which allows ballots postmarked by Election Day to count if received by the Board of Elections by that Thursday. When pointing out the futility of the effort, Gilson was referencing the fact that a ballot mailed at 10:00 PM on Election Day, unless there was a post office open late for this purpose, would not post mark the ballot until Wednesday meaning it would not count. Second, Gilson was discussing the provision of the law which allows a handler to deliver only three (3) absentee ballots. If the candidate had assisted in delivering more than three he would have been in violation of the law.